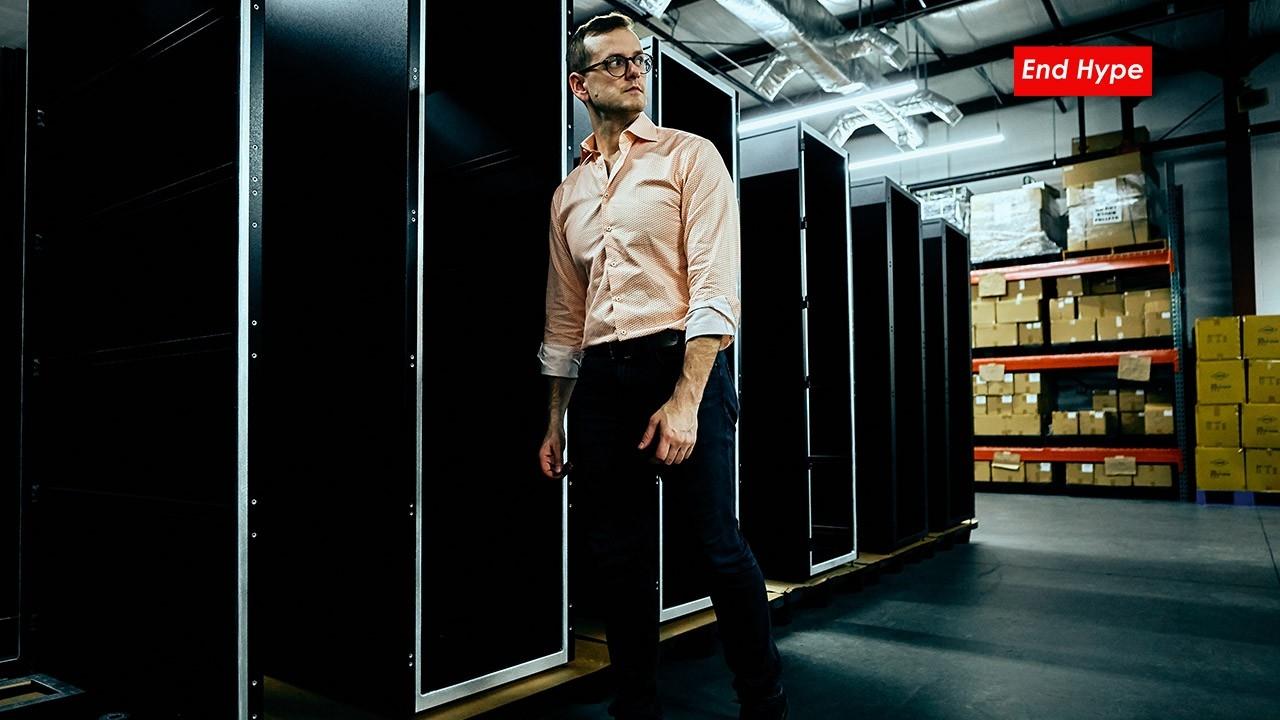 We are in double digits!

We're seeing this more and more right now (maybe because of the condition of the market) ...

Of course, in the Instagram influencer market, everybody is making a billion dollars. It is tough to see and tough to really know. We are living in a time exposing the fake entrepreneurs.

The amount of videos on fake gurus on YouTube has recently exploded. I love the content on both sides. The expose videos help steer hopeful people away from the scams. The fake guru content provides insight as well.

If you ever wanna know how to market something, you can look at how these people do it and then just don't use those tactics. You might learn how to get in front of people but scamming practices kill you in the long term. Don't do fake webinars. Don't do tricks like sneakily billing people every month, pretending famous people will speak at your event, or the other 100 crazy things people have been doing

For the last 10 years, everybody's been making money. They've been making revenue, stacking cash, it seems like. We started to see a wave of these big startups, big names, especially in the hardware area fold.

Even Peloton just came out and they said, "Now, finally our bike is profitable."

I thought, oh my God, it's a billion dollar company producing tons of revenue. One of their proud moments a couple weeks ago is that their main flagship product is now profitable. Thankfully for them, everybody's staying at home so now they're actually increasing their margin because they have the app and other offerings ... but it's mind blowing.

I'm not talking about WeWork hype. The type of hype where you look at it and know this makes no sense to anyone.

How could this possibly make sense?

Maybe in some kind of bizarre Silicon Valley or New York City investment freak way it makes sense as an investment. As a company, you look at it and you're like, this place is way too nice for the amount of money that it is.

Why is this half the price of the crappy office down the street?

How can they afford the rent?

This place is unbelievable, right?

It is unbelievable and the company just folds.

I tell coaching clients and people that we develop products for focusing on that revenue at first is important because we can optimize and create margin with economies of scale. That's what some of these companies pretend to have the pathway to do. That's what Peloton is doing which is amazing ... that a company at that size is gonna pull this off. We can create more margin by optimizing supply chain, product design, manufacturing process, and overhead costs relative to revenue.

Growing top line revenue is important but at the end of the day it is hype. Profit is what matters.

If you have started a business, you are taking action towards your personal goals and mission.

If you wanna feed 10,000 people out of the profit your business has made, if it doesn't make any profit, you're not achieving that mission.

If you make a billion dollars of revenue and you make zero dollars profit, the revenue is just hype.

It might impress Business Insider, Forbes, or somebody for a little while. The same people writing the article about how incredible you are, proclaiming to the world you are an entrepreneur, innovator, visionary of the Year ...

They are the same people writing the article calling you a sham, scam, and fake guru because you never actually created results. In the end the fandom and acclaim doesn't matter.

You believed your own hype. You didn't look at how to optimize while growing. You spent a dollar to make ninety cents. Without optimization, you scaled a broken business model. The problems did not magically disappear with growth. Why would they?

As small, agile businesses, we can plan to create revenue and profit from the beginning.

“Here is the one shot.”
“We will turn it all around when X happens.”
“Hey, here's the hype of all the revenue that this one product is gonna bring.”

Here are all these actions to create profit right now instead of waiting for investment and attempting to make millions in one shot.

The opposite are the people that want everything without the work. They want to do the big, sexy thing but not all the actions to get ready. The logic makes zero sense but I understand the allure of flashy, big things.

It is tempting for entrepreneurs to think:

Throwing up all these obstacles is really tempting. Even if you were to get the cash, you will just fall victim to the hype of those big numbers. You have built no discipline, skills, or team. You have no foundation.

Realize that 95% of all businesses in America don't make a million dollars. The majority of people have much smaller businesses. It’s a lifestyle business for them. The reason it's called a lifestyle business isn't to slander them ... it's because it helps them have a life. They might own that $300,000 business but they might actually take home $200,000. They might have no employees they have to manage. They might have no or very low inventory.  They might live an amazing life. Whereas, if they grow the business to $10 million a year business (because that's the “smart” thing to do), they would have 40 employees they have to manage and deal with personal problems, pay, injuries, insurance, etc. They would need a physical location. They would need more inventory with software and management to track shortages, logistics, and all the increased complexities of the business. The original goal of having personal wealth and freedom would be gone. They might make more money but often they would make $100,000 instead of the $200,000. That’s right. They make less because growth can cost money. They would also have a $10 million company that they have to run.

It is all just hype. Size doesn’t always fit your real goals.

An even crazier fact about shooting for that hype revenue is, when you value a business, generally businesses are valued based on profit not the revenue

If I buy a business, I want the purchase to be able to pay a return on investment. Maybe, you have a big customer list making the business more valuable. Maybe, I look at it and know the business is more valuable to me as an investor because I can create higher margins as a better operator (but hey that is my business).

In general, the valuation formulas focus on earnings. The actual money businesses make, not the revenue, is what is important. There is no real point, except for setting up an obstacle in your mind, of thinking I have to build this thing this big because these other companies do it.

That's why we identify our goals before we pick our business plan. Our personal goals pull us through the business as a vehicle to achieve those goals. Otherwise, it's really easy to fall victim to the hype. It's the business equivalent of seeing your neighbor buy a brand new car and then say, “Oh, I gotta buy a brand new car too. I'm kinda maxed out but maybe I can take out a home loan and do something dumb like buy a Ferrari with money that I don't own. Maybe, I could lease that car instead of putting 50% down.”

We're cutting ourselves short to achieve something that doesn't really mean what we think that it means. It shows success but it isn't actually success. We don't actually deserve it.

But at the end of the day, it's like, but why? Who knows.
Do those people really care? No.
Does that make you feel good? Maybe it does for a minute.
How will those people feel if you fail?

These thoughts come in all kinds of flavors. Falling victim is easy even for older generations. Maybe their equivalent is the country club not the Instagram. Whatever their equivalent of pretending to be successful and not actually being successful is.

I come from a manufacturing services background, which is probably the most silent of all the industries, it’s an industry where you just actually do work. There's not a whole lot of hype promotion that goes on in contract manufacturing. The businesses are essential infrastructure companies. You partner with people that have cool products. You make those things.

Most people have not heard of giant manufacturing companies, like Benchmark or Jabil, that are traded on the stock market. They are profitable, multi-billion dollar companies but the least hype organizations. You might have heard about Foxconn because of Apple but probably not many of their competitors.

Look at the Forbes list. See how many people you've never heard of because success isn't always about fame. Realize many rich, successful people are not even listed because they do not care about submitting their papers. It is not important for them. They know that they're the richest. They know they are successful. They don't need the hype.

The whole point of this podcast is to talk about hype versus reality.

After working with startups for four or five years and working in product development for 13-14 years, I can tell you the initial excitement on how big somebody is going to grow a business wears off quickly. Founders realize the complexities are not really around the product. The work is around running the business.

The whole thing (starting a company, creating a product, selling stuff) is not always what they think that it's gonna be. Creating a bigger company doesn't mean that they're happier, more successful, or even making more money.

The startup world is wild. I see fluffed up valuations again just like we saw before the crash 10 years ago (and 10 years before that). We get used to success. We get accustomed. We start seeing insane things happen. I try to be more sane or I try to be a dumber person about it. If I look at a business and it doesn't make sense. I think it's hype. If I do the research and I can't connect the dots on why a company is so valuable, if their public earnings calls and shareholder letters don't seem to make sense, these companies go out of business.

I see that people get really excited about the story and about what other people think about the story. I see they care less and less about the reality of their business. We are at the top of the market. They are glorified. They are like famous rappers but for entrepreneurship. Everybody looks at them and says, “That's what's cool. I wanna be like these people.” The sentiment filters down to all you who are listening. All the people with amazing ideas who want to change their lives and the world think, “I have to be like this company. I have to be like this Elizabeth Holmes person. She has a dead stare. She is doing big things. So, I have to be like her.”

Stay connected with news and updates!

Join our mailing list to receive the latest news and updates from our team.Don't worry, your information will not be shared.

We hate SPAM. We will never sell your information, for any reason.

Get The Collaborative Growth Blueprint